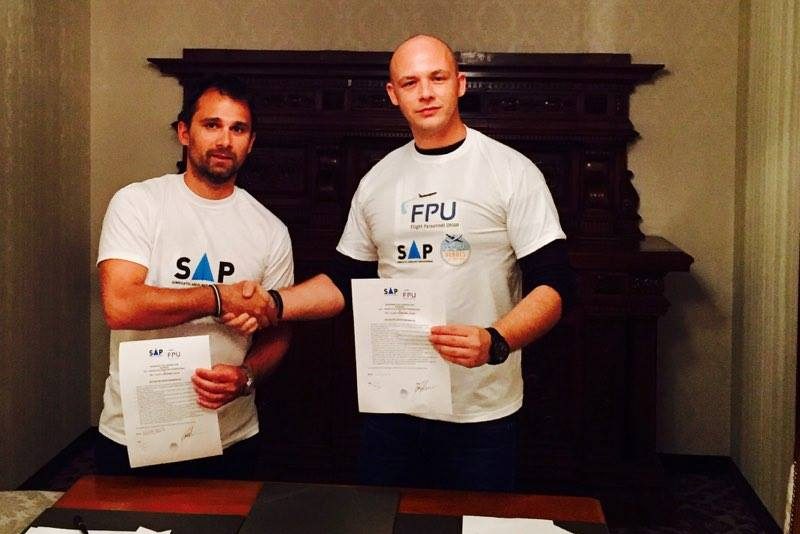 While fair pay and working conditions are secured and stipulated in agreements for most of the flying personnel in Denmark, the situation is quite different among several of the EU’s other member states.

In Romania, the union Sindicatul Aerolimit Professional, SAP, has since 2014 been working to create fair working conditions in the low-cost airline Wizz Air, but with disappointing luck. It has had the consequence that Wizz Air continues to grow at the expense of its employees – most recently with several routes to Denmark, where the company is expanding rapidly, which puts pressure on Scandinavian companies with collective agreements.

The FPU is looking upon this development. Therefore, the FPU entered into a cooperation agreement with SAP in the spring 2017 to help with funds, knowledge and support for them to evolve into a strong union.

“Our support to the local trade union in Romania for the flight staff makes them stronger locally. The pressure at workplaces in Romania extends directly to Denmark when airlines are recruiting in Romania on terms that Danish employees cannot match” says Anders Mark Jensen, Vice President of the FPU.

He points out that today companies in Scandinavia recruit diligently from Romania to match the low costs that Wizz Air among others achieves by pushing their staff to the utmost.

“We should not put up with finding ourselves played against each other across countries – we must unite on fair conditions for everyone” adds Anders Mark Jensen.

The next phase is about raising the organizational rate of the small union that was severely knocked down when Wizz Air fired all 19 members of the union in 2014.

However, it took more to knock the small union out of course. SAP hauled Wizz Air before the court and won the case and the airline was ordered to re-employ the dismissed. But, despite the victory, it has become even more difficult to organize Wizz Air employees, says Mircea Constantin, president of SAP:

“People have become afraid to join a trade union. But we must awaken the interest in fair conditions, especially among the younger generations who enter a labour market where value is based on the individual’s potential and not as part of a group” he says.

In Romania, the unionization rate has generally gone down through the late 1990s, starting zeroes and in the last ten years it has been around 30 percent. But precisely a high unionization rate is crucial if we shall stem the fact that it is the employer who unchallenged sets the frame for pay and working conditions.

This is Florentin Iancu from the Romanian IT trade union Sindicatul IT Timisoara, a living example of.

With help from HK in Denmark, Florentin Iancu has managed to build and organize a trade union with more than 2,000 members and agreements in five different Romanian IT companies. In each company, there are today local departments that help organize new colleagues and thereby maintain the solidarity. The unionization rate is over 50 percent in all five companies.

The approach has each time been systematic organization and focusing on the problems of the potential members, explains Florentin Iancu:

“What do you think is a problem, what would you like to improve at your workplace? These are questions that make people feel that you are interested and want to do something good for them – you build a relationship and suddenly people consider the union as your friend. ”

IT success inspires in aviation

“We did not have the degree of organization and network, as was the case with Sindicatul IT Timisoara, when we demanded fair pay and working conditions in Wizz Air. It made it easy for Wizz Air to side line us, “he says, adding:

“Therefore, we are now starting to plan how we can organize both among the cabin crew but also the pilots and make them feel that together we can make a difference.”

The ambition is not only to gain a foothold in Wizz Air, but also to ensure fair conditions in other parts of the Romanian aviation sector.

Wizz Air is today undisputed the largest company in Romania and has hitherto succeeded in striking any organizational desire among the employees to the ground. The need to get the company to acknowledge the employees’ right to organize is, if possible, greater than ever, “says Mircea Constantin.

In addition to Wizz Air, Romanian airspace is dominated by the low-cost airlines Ryanair and Blue Air – none of these have a collective agreement. However, that has the national airline Tarom.

Tarom, however, is under severe pressure from the low-cost airlines. This is reflected in the market distribution, in which Tarom last year held just 19.9 percent of the Romanian market, anna.aero survey reported – a drop of 13.7 percentage points since 2006.

During the same period, Blue Air, Wizz Air and Ryanair have progressed from a total market share of 5.2 percent to 58.8 percent last year.

Info for members at Norwegian (bankruptcy)