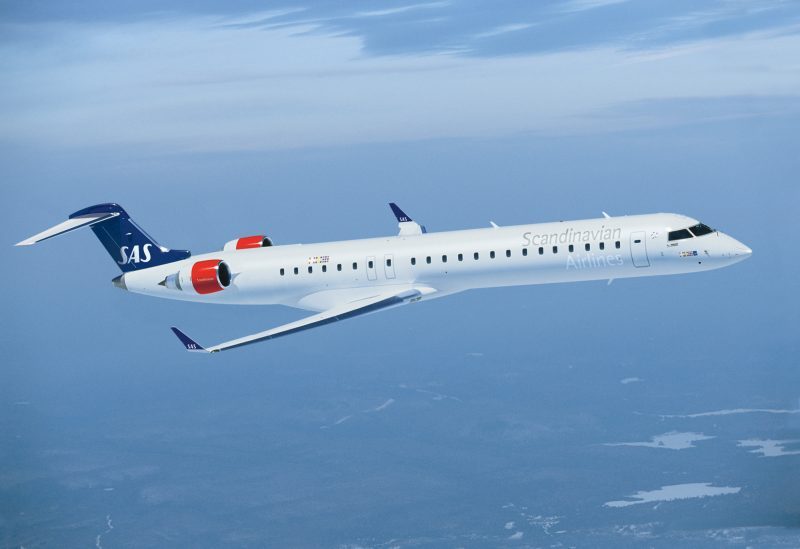 One of Cityjet's CRJ900-planes - operating for SAS. FPU has the collective agreement.

The Flight Personnel Union (FPU) has entered into a new collective agreement which will cover regional flights for a new Danish company under SAS.

FPU is very proud of this agreement because it will ensure Scandinavian conditions and Danish workplaces for pilots and cabin crew.

Towards the end of November 2019, SAS announced that the company was planning to invest in smaller aircrafts with 110-140 seats and that these aircrafts were to be placed with a sub-contractor or be part of a completely new SAS set-up.

This message was repeated as SAS presented its annual report which prompted FPU to contact the company asking for a collective agreement.

A natural consequence of FPU’s agreements

As we approached SAS, FPU made it clear that collective agreement coverage of the regional market and sub-contractors under the auspices of SAS fall under FPU’ scope.

FPU provided collective agreement coverage for Cimber, which was taken over by SAS in 2014, and subsequently by Irish-owned Cityjet in 2017.

Cityjet is currently a sub-contractor to SAS and the same applies to Regional Jet and Air Nostrum. Combined, they constitute the greater part of SAS’s regional production out of Denmark. What they all have in common is that they have all entered into collective agreements with FPU.

With these agreements under our belt, and with the experience that FPU has in the regional area, it was natural for us to start negotiations with SAS.

Following months of intensive negotiations, on 20 February, FPU’s General Council approved a brand-new agreement that will potentially ensure hundreds of jobs for pilots and cabin crew.

The new regional platform will be placed outside of SAS where the agreements with the old associations are located.

Instead, a brand-new Danish company with its own aircraft and employees is established. This will be a company that is tailored to the regional production with the main purpose to provide inter-Scandinavian flights and to bring in passengers for SAS flights.

SAS was able to guarantee that the new set-up and the new agreements would not have consequences for employees on the old agreements.

On the contrary, a new agreement could help ensure that SAS does not shrink or has to move its production out of Scandinavia

The new agreement is tailored to the regional production and the agreement secures Danish jobs based on a collective agreement with good and fair wages and working conditions.

The regional market is generally characterized by high flight frequency and busy rosters.

However in the agreement, we have ensured a good working arrangement which gives the employees the possibility of predictability and influence on the planning of their daily lives. The employees will be ensured a right to weekends off at least once a month and to have more days off every month than you generally have on the labour market.

At the same time, the agreement ensures a number of so-called ‘super days off’ and good opportunities of joining fixed schedule.

Since FPU is a union for both cabin crew and pilots, the benefits of the system apply to both staff groups.

In a time when aviation, and not least the regional market, is characterized by fierce competition, we are glad to have ensured a collective agreement for a Danish company with Scandinavian wages and working conditions.

During the past few years, there has been a tendency for workplaces in this industry to be flagged out or relocated to other countries.

But with this new agreement, we ensure that the new company can fly the regional production with its base in Denmark and on Scandinavian wage- and working conditions.

A number of preconditions and investments still need to fall into place before production can start, but all things considered, FPU is proud of the agreement and looks forward to take off.

West Air members have voted yes for their general agreement